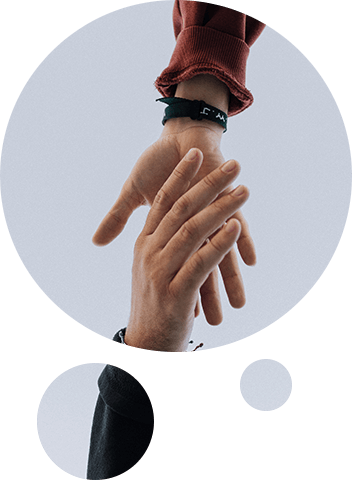 Get to know more about us

Get to know more about us

DigitAll is a coalition of companies, social organisations and government bodies working together towards more digital inclusion in Belgium. Discover who we are and get to know our initiatives to improve digital inclusion.

The campaign draws the attention to our human rights, which we have acquired long time ago and which are now threatened by digital exclusion. Because almost everything we do today is digital. And when we don't have the right technology or necessary skills, our most basic rights are in danger. Like our right to housing, to education, to work, to privacy and many others.

The campaign also tells us that 40% of Belgians experience digital exclusion in one way or another. Those who have difficulty using websites, downloading apps, identifying themselves online, connecting to networks ... As well as young people - digital natives - that are familiar with social networks but have problems filling in a tax form fe.

The campaign focuses on four issues and four people whose lives and rights have been directly affected by digital technology. They agreed to testify and share their stories:

Visually, the campaign uses simple and strong symbolism to express which rights are staggering: Stijn's office chair tilts dangerously, Chantal's medical chair staggers, just like Yusra's school desk or Sura's bed. A very literal but clear visualisation of the impact of exclusion on our daily lives.

The campaign not only raises awareness, but also provides solutions to combat digital exclusion. Whether you are an individual, an organisation or a public institution, we try to guide each target group. Useful addresses & organisations can be found on the website and are also distributed via leaflets in post offices.

The campaign was launched on 16 June via a spectacular event in the Thurn & Taxis park, at the foot of the Obelisk of Human Rights. A digital version of this column, made up of 30 coloured marble blocks in which human rights are engraved, was placed next to it, but upside down, to show its unstable balance. A very clear symbolism. The press was invited to the launch, which was also attended and supported by Petra de Sutter, Deputy Prime Minister of Belgium.

Chantal, who has been digitally excluded, has had great difficulty maintaining her right to health.

Stijn saw his right to work affected by digital exclusion.

Sura's right to privacy has been seriously affected by the misappropriation of innocent photos.

Yousra had to fight for years to keep her right to education.

Together for more digital inclusion

Together for
more
digital inclusion

Get in touch with us